Youth Korfball sessions restarted in Milton Keynes in 2021 and are now moving indoors for autumn!

Korfball is a great sport for children – it was originally designed by a Dutch schoolteacher as a sport for boys and girls to play together! It’s easy for children to pick up and lots of fun. The basic rules are:

Boys mark boys, girls mark girls (2 boys and 2 girls play for each team in each half of the pitch).
Attack in one half of the pitch – defend in the other. Switch roles every 2 goals.
Shoot from anywhere (in your attacking half) into a basket on top of a post (3.5m high for adults and secondary school kids, 2.5m or 3m for younger kids!)
No running with the ball – so lots of “passing and moving”

Milton Keynes has a great tradition of youth korfball since the late 2000s with lots of the schools, especially primary schools, having tried it, which means that thousands of local children were introduced to korfball. Some schools set up school teams and so there has been a schools league as well for several years. We would like to especially thank Darren Gray who ran the local youth korfball for many years before stepping down. Of course, this was put on hold due to Covid, but now we have relaunched, with the first session happening in June 2021, and need new players!

All boys and girls are welcome to our sessions, whether or not they have ever played before. Our youngest session is for children in school years 3-8 (we can be flexible with this for slightly older/younger players, e.g. if siblings want to play together) and is on a Friday from 6-7pm. Our older sessions are for school years 7-9 and 10-13 who train at the same time on a Wednesday from 6-7:15pm. Players in years 7 and 8 can come to either or both, as they transition to the older session.

See below for “The Week Junior” magazine (aimed at children aged 8-14) review of korfball from 2018.

Learn the sport and improve your game, whether or not you have ever played at school! As a mixed gender sport with training for multiple age groups, this is also ideal for siblings to go to the same activity together.

Since korfball competition is now allowed again, we are setting up matches, whether against our close neighbours at Buckingham Royals or teams from further afield, and will enter tournaments once they restart. We will also assist with getting the MK Primary Schools league going again, which has run successfully for several years.

All our sessions will be run according to the Covid safety recommendations from England Korfball, approved by UK government, which include both rule amendments and off-court protocols.

“Is this the sporting world’s best-kept secret?“ 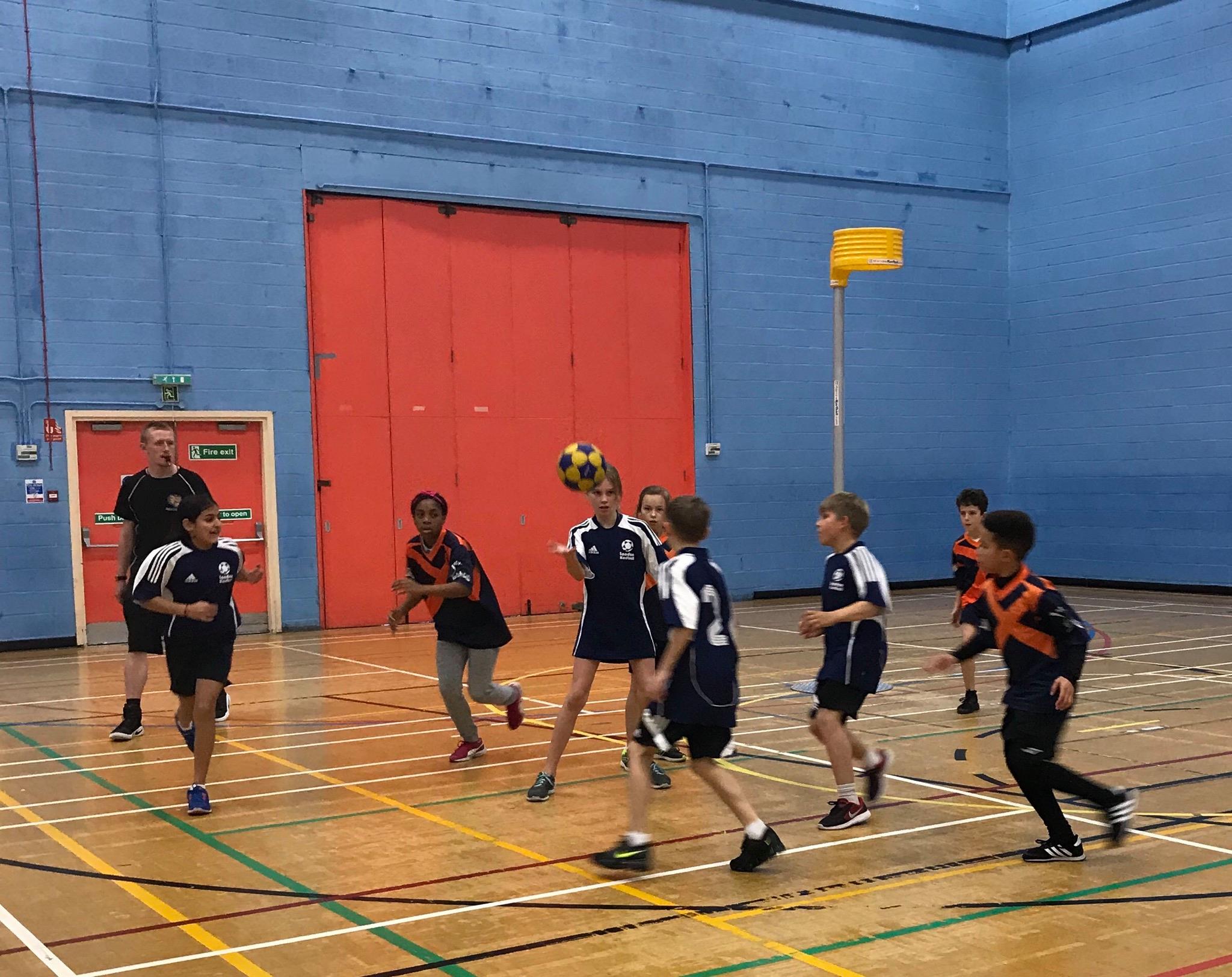